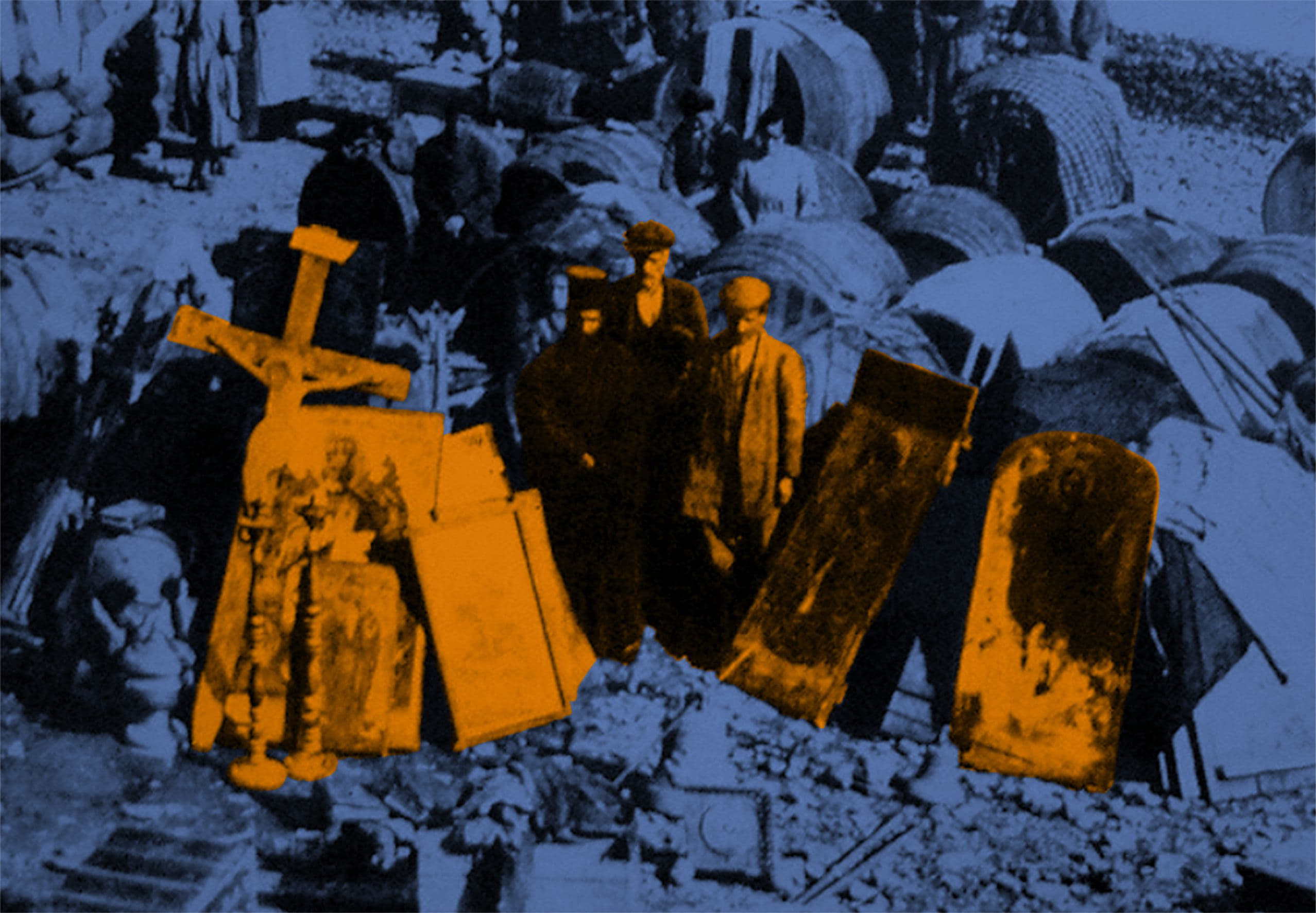 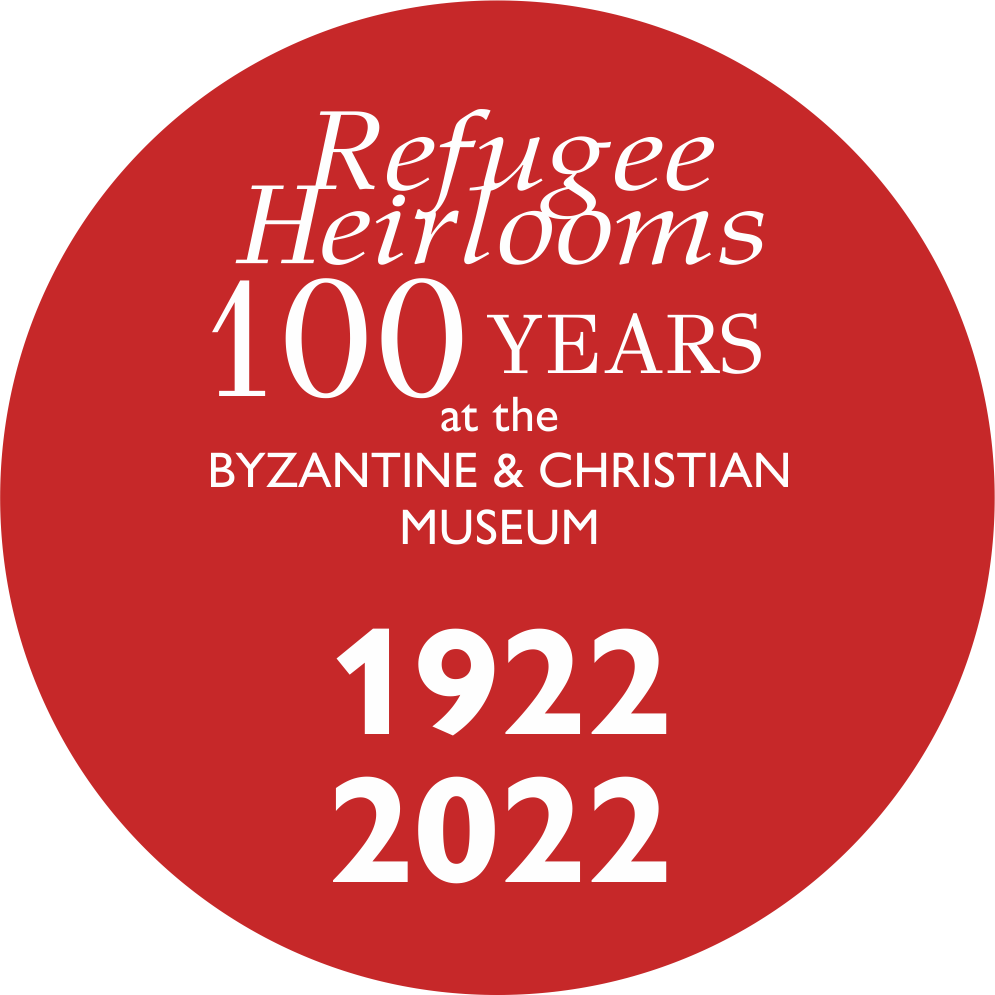 The Byzantine and Christian Museum (BCM) participates in the triennial events (2022–2024) commemorating the centenary of the landmark year 1922 through a series of actions under the general title “100 Years of Refugee Hellenism”. Its participation derives from the role it played as a national museum and a public body whose staff, particularly its Director Georgios Soteriou and the archaeologist Andreas Xyngopoulos, received and handled in an orderly manner the so-called “refugee heirlooms”. These “heirlooms” consisted of ecclesiastical works in the possession of the Asia Minor Christian communities, their churches and other community foundations that reached Greece alongside refugees. Today, in the collections of the BCM are kept around three hundred “heirlooms”, about fifty of which have been integrated into the Museum’s permanent exhibition. In the proposed thematic route, visitors can track down some of them.

The route has been designed introducing special signage on the floor and the display cases of the exhibition, while information on each “heirloom” becomes available on site, in supplementary panels. Visitors may also receive further information about each object through a QR (Quick Response) code found on the panels. The thematic route planned highlights only one of the events and the processes related to the Asia Minor Disaster and the Population Exchange that, overall, acted as a milestone for the formation of modern Greek society.